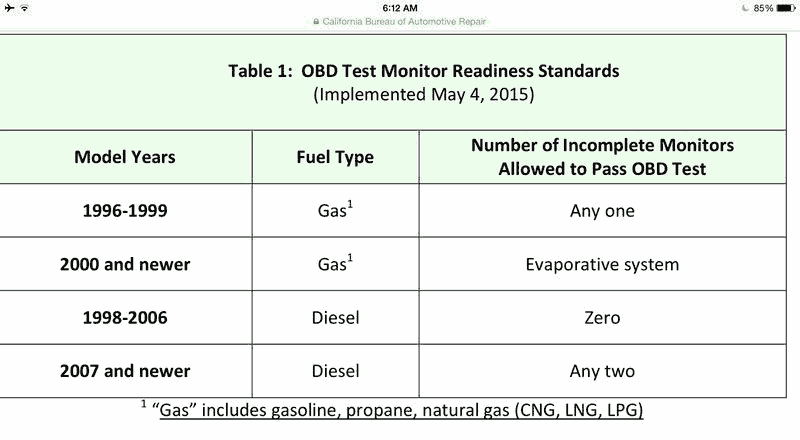 MVS Forums Moderator abscate made an interesting post about OBD-II readiness states during state smog emissions testing. It turns out that recently (2015 for California) some states have relaxed their rules about passing/failing cars without all monitors in the readiness state.

Yes, this is technical nerdery that can cause you (or used to cause you) immense headaches getting older Volvos to pass state emissions testing. If you’ve run across the term “drive cycle” before, you’re probably familiar with OBD readiness states without knowing it.

According to the EPA, these are the states performing OBD checks:

Will Require OBD Checks in the Future

Unfortunately, none of these documents on epa.gov indicated which states have relaxed readiness states. I know California and Colorado have.