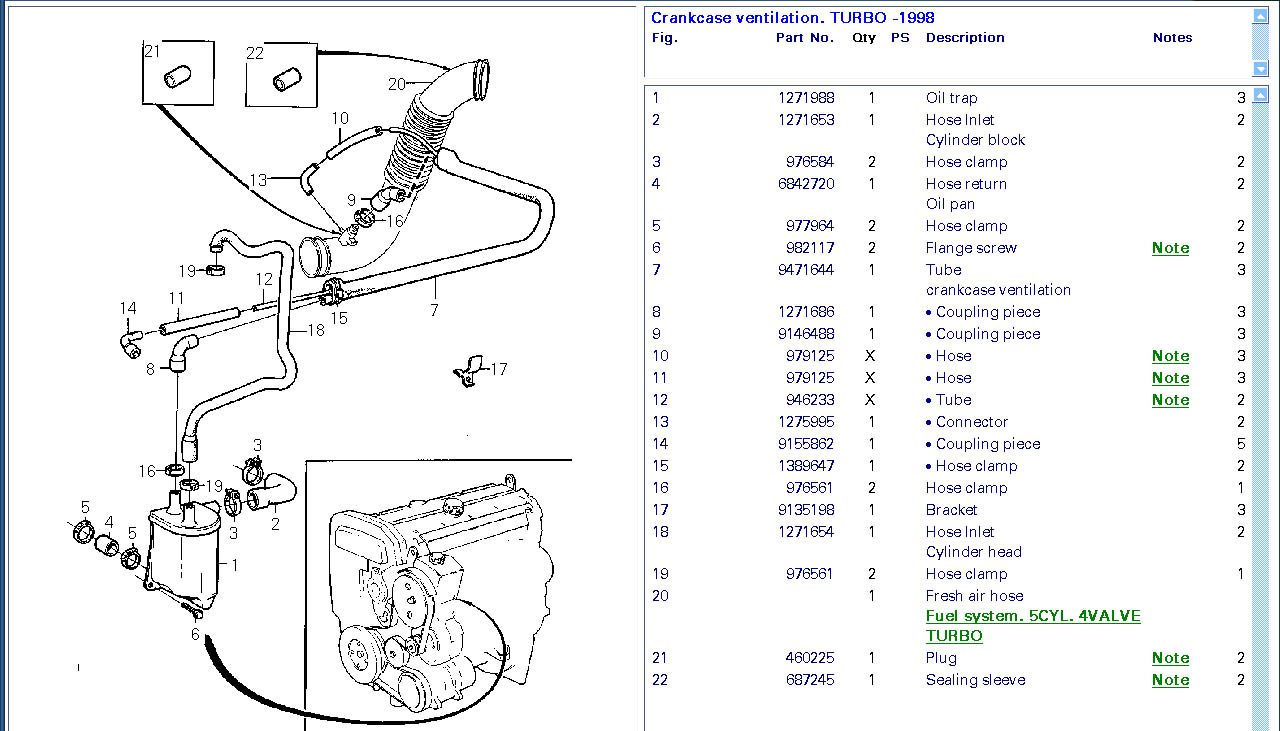 Think your Volvo has a clogged PCV? Keep reading.

A clogged PCV valve will not only causes sludge, but the inability to vent those obnoxious gases such as moisture, condensation, blowby, etc. will accelerate the deterioration of your otherwise still lots of life left motor oil.

If you choose to ignore it, your engine will start burning oil fairly soon due to oil control ring sticking(jammed) due to decomposed motor oil. Also: most seals, such as cam/crank esp. valve stem seals, the elastomers do not take deteriorated motor oil very well and will become brittle/hardened as the elastomer materials being attacked by these polluted motor oils. As a consequence: your engine will start to burn oil far sooner than expected.

I have a 97 850 GLT (Turbo) and have an oil leak which I think was from an oil pan replacement I did a few months back.

I took the car in to the dealer today for a tranny flush/fluid change and they noticed the leak and said it was caused by a clogged PCV system. They quoted me $800 (canadian): $300 parts and $500 labour.

Also. I had previously noticed oil on the upper intake around the plug wires which I guess is coming from the oil cap.

OK here’s the deal, I can think of better things to do with $800 so what can I do myself to fix/clean my PCV system (and change the right hoses etc)? Is there a PCV system on turbos?

How to Fix Clogged PVC