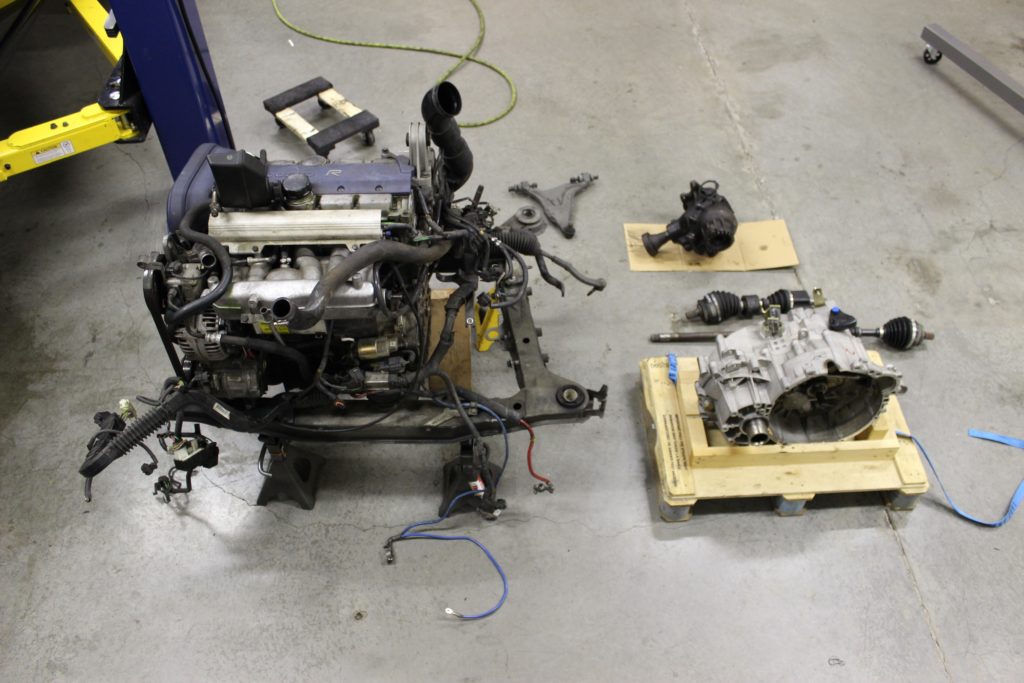 how to replace your volvo 850 transmission.

Here is phoenix_iii’s saga and resolution when he transferred a AW/50-42 transmission into his ’95 850 transmission Turbo from a ’96. Although the transmissions were the same number he ran into a different wiring, especially the speed sensor. If you’re having to replace a transmission in your 850, this thread could be valuable. Thanks, phoenix_iii for hanging in there and finally figuring out all the kinks!

The problem is that in the 96+ cars, the vehicle speed sensor is no longer located at the 850 transmission, but rather at the ABS Unit. For 95 and below 850’s this proves to be a problem, because there is no port for a sensor on the tranny….

Now if a 96 car tried to put on a 95 and earlier tranny, they could get away with it. I’m sorry to say that only a 95 or earlier tranny would’ve worked for you…

Man, I wish I knew what to tell you.

I had this same issue for my 95 850 turbo. I ordered a 850 transmission from the wrecking yard, they said they would send me a transmission from a 94 turbo(which would be the same transmission. When I got the transmission I realized the sensors were in different spots, ran the part number found out they had sent me a 97 transmission. I thought about wiring a plug too make it fit(which would not be hard). After looking at it, they are both AC pulse sensors, but they are in different location, picking up the signal off of different sized gears, producing a different signal, which I would imagine would throw codes for “incorrect gear ratios” or slipping” or something lime that. So i decided their was no way I was gonna put it in. I called the wrecking yard, they sent me the correct one(it was their fault) and let me keep the other one as they did not want to pay shipping to get it back. Whose fault was it that you got a different transmission. Maybe you can see if they will send the correct one. Also turbo and non turbo cars have a different final drive gear ratio, so make sure the transmission you use is from a turbo car.