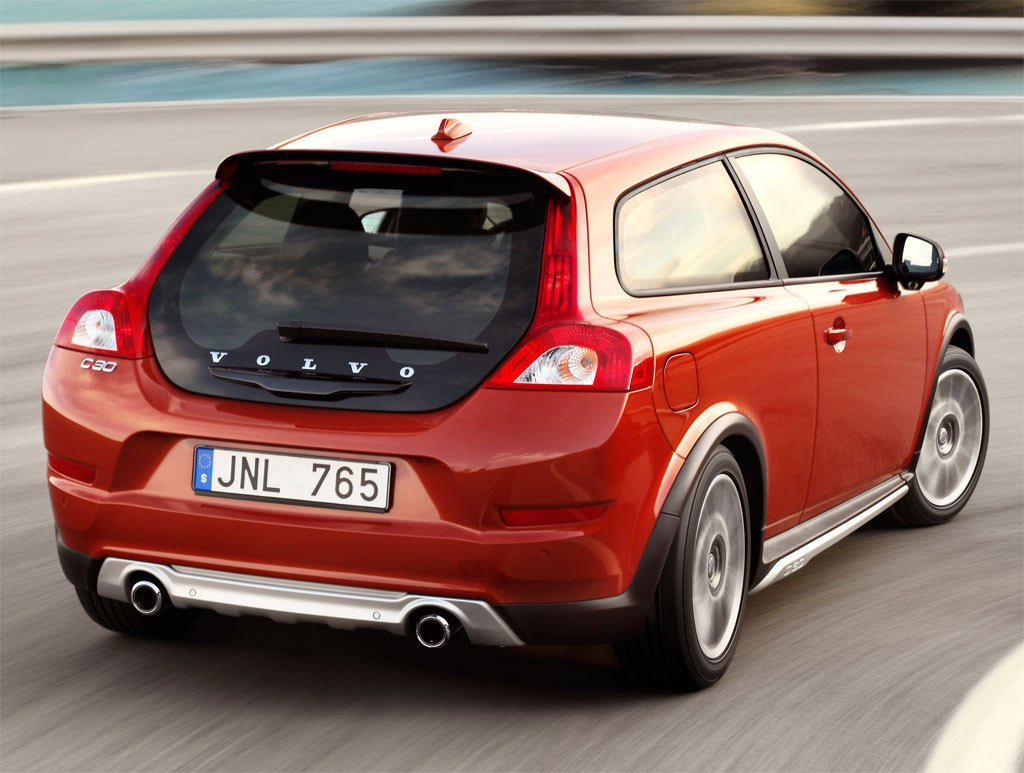 Since the Volvo C30 production ended about four years ago, the C30 activity here on MVS Volvo Forums has increased, naturally, due to C30s getting older and needing repairs. See MVS’ big C30 page.

Here’s a nice summary and review of the Volvo C30 — broken into driving impressions, handling, and interior — by MVS Contributor Volvo4251:

I relocated to Chicago from Kentucky during the summer of 2011. At the time I had an ’07 XC90 3.2 AWD (what a fantastic car it was), but after a few trips up to Chicago before the move, found it difficult to maneuver around downtown. So I decided to trade it in and go for something small and stylish. What better of a car than the C30? The 2011 year had the better warranty (5 years, 50 K miles) than the 2012. I ordered the car with the following specs: Black, Black T-Tec surfaces, Premium package, Climate Package, Auto-transmission, and the dealership installed Garmin system. All in all, the car was around $31,000 USD.

Driving the car is very fun. It has essentially the same motor my 850 Turbo has, just with more modern software and a lot less weight to lug around. Pick up is very good in the car. The turbo lag isn’t that bad either! It has plenty of power to merge/pass on the freeway and really is a blast to drive. My only criticism would be the transmission is a tad slow to react sometimes. You’ll desperately be wanting it to downshift, as if the car is asking “are you sure you want to do this?” IT can be a bit frustrating in spirited driving situations, but for most everyday driving, it really isn’t a problem at all. MPG is not very good for a car of its size, at least in the city- 17 MPG at best (according to the trip computer). But on the highway expect nearly 30 MPG. Definitely go for the manual to save some gas!

The handling in the C30 is pretty crisp for a Volvo. You really do feel like you’re weaving in and out of traffic, almost like threading a needle. It’s really not bad! I have similar praise for the ride of the car. For such a low riding and sporty car you would think the ride would be much stiffer than it actually is, but it’s honestly a very pleasant ride. Chicago has plenty of potholes that would make the older Volvo’s cringe, but the C30 handles them very well.

The interior of the C30 is very cool and modern. The floating center console always catches people’s eye. It’s very ergonomically thought out as well. The 4 main buttons (power, tuning, temp, and fan speed) are just where you expect them to be. The car has plenty of convenience features, all which work very well. I do have a few complaints however. The aluminum trim that comes with the premium package scratches and dents very easily. Watch out! A simple mistake such as dropping your keys is the equivalent of dropping a bowling ball. But the worst problem by a mile is the backseat. What’s the problem you may ask? It is utterly useless. You either have to be a small child or an incredibly small adult (5’4 or less) to actually fit back there. The entrance and exit from the rear seat is awkward and complicated. Volvo would have saved a lot of weight and money just getting rid of the back seat entirely. Aside from that, the interior is a well finished product. Typically Volvo. Very well built and thoughtfully laid out.

The C30 is a fantastic car to drive and really is rather well equipped too. It’s a great car for one or two people, but throw 3-4 in there and I wouldn’t really recommend it at all. It’s a very stylish car, sporty too, but falls short where it matters most- practicality. Honestly I like the car, but might be getting an XC70 instead. Volvo isn’t synonymous with sporty. The brand is known for practical station wagons, and for just a few thousand more than the C30, you get 2 more doors, a backseat that can be used, AWD, and cargo space. Sounds like a deal to me.