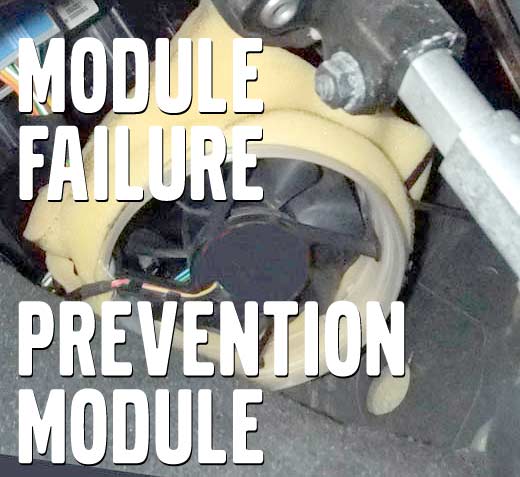 mrbrian200 had a goal: extend the life of and/or prevent temporary freakouts of the CEM and DIM modules in P2 Volvos. It’s a simple yet brilliant modification that can’t hurt, and will almost certainly help, the longevity of your Volvo.

I’ve come across several reports by owners who state when their CEM or DIM freaks out/acts up they discover a pool of superheated air trapped up behind the dash where these modules are. When things cool off normal functionality often returns.

I’m not having problems with the CEM or DIM on mine (MYO6 S60), this would be considered a ‘preemptive strike’.

I decided to lessen my chances of having problems down the road with a simple fan to keep this pool of super heated air from collecting back there in the first place. The CEM is considered a low power design probably less than 40w of total thermal load to dissipate. The DIM would be in the same neighborhood considering it’s filled with incandescent bulbs. They don’t need a dedicated fan pushing air directly into their housings like a high performance PC/laptop. They just need a modest flow of fresh air in their general area.

Decrease your chances of CEM or DIM failure with a fan