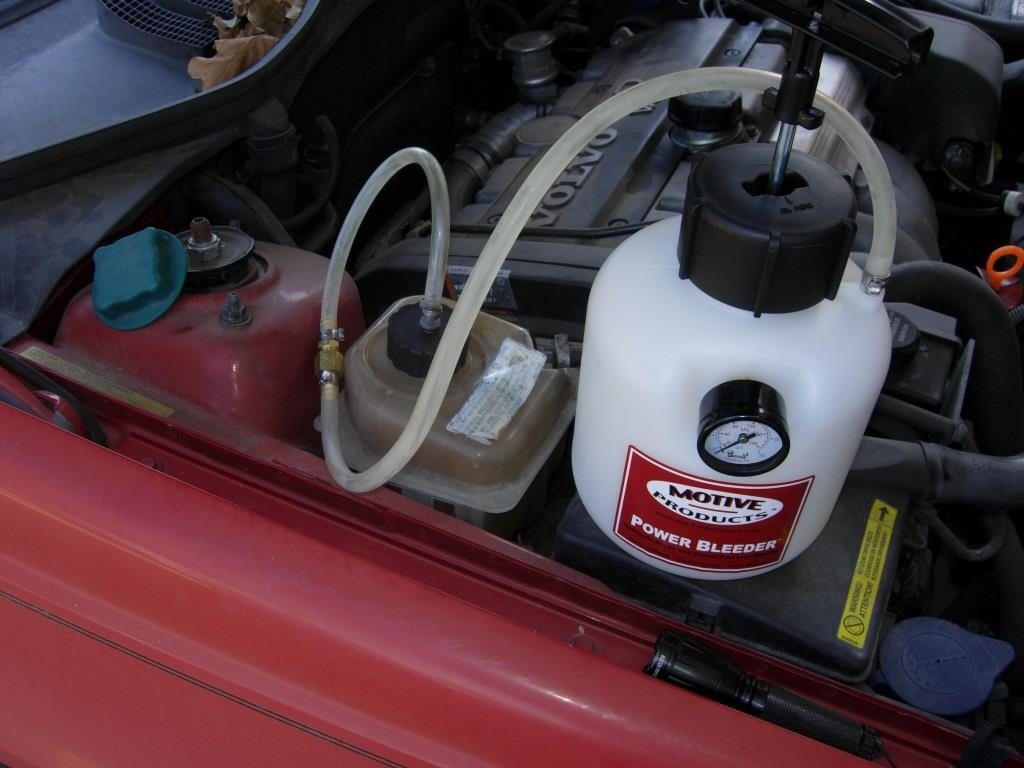 Help with diagnosing a volvo oil in coolant issue.

Are you having a coolant issue with your volvo? Has oil suddenly come out of your coolant container? There could be a build up of pressure in the engine which is forcing the oil into the water. Normally such over-pressure would force an oil seal but the head gasket may not have been seated properly, or the head itself was warped and the oil is leaving that way. The over-pressure could be the reason water is not transferring into the oil.

hi all
a bit of history
just before xmas the v70 head gasket had a leak and the upper heater matrix hose near to the engine block had a hole blown through it.
I have since replaced the following: head gasket plus all other head relating gaskets, head bolts, sparkplug well o rings, camshaft seals (even the one behind the exhaust variable timing pulley), both belts and tensioners, the pcv oil seperator, the heater matrix hose, oil filter and oil.
all the time giving all the compnents a full clean and inspection. including the turbo unit and ETM.

the problem
after a few weeks of running perfectly (even better than before because it use to hunt at juctions, lights etc, and be very smoky when putting the pedal to the floor) and still runs great apart from the oil is now disappearing from the sump into the coolant expansion bottle. the condition of the oil in the expansion bottle is as new it has not even starting to turn into milkshake.
the coolant issue becomes over pressurized with the extra fluid and escapes through the cap, as it should.
the coolant system keeps its pressure even after leaving it overnight.
i am talking about 1 litre of oil for every 100 miles traveled.
there is no water within the oil system, i have drained this twice now thinking that if oil is going into the water it should also be traveling the other way but it is not. there is no smell or sign of oil in/from the exhaust system.

question: what is going on? why is there oil in the coolant system but not the other way.

thankyou for your time reading this, any help in solving this coolant issue would be great. i am pulling my hair out (did not have much to start with) trying to find where the oil is entering the coolant system.