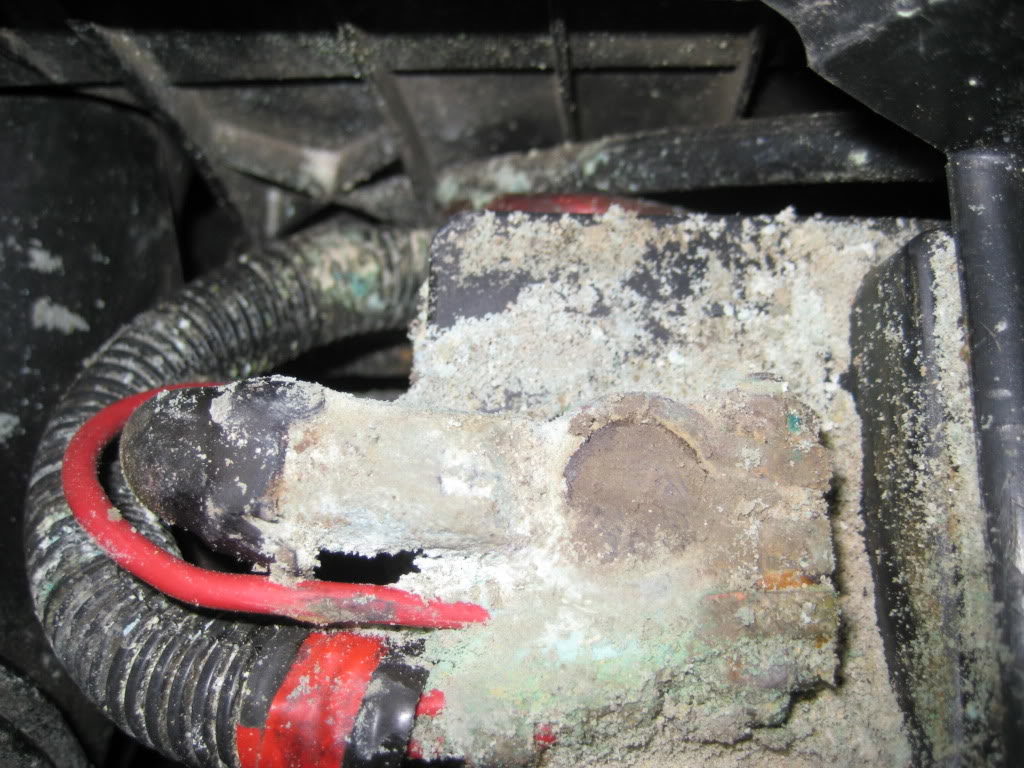 How to win the fight against battery corrosion.

If the battery in your Volvo has crusty white or green build-up and corrosion on the clamps, posts or terminals, you can improve the performance and lifespan of your battery significantly by cleaning it. Your battery is depleted when it is used to start the car, but then recharged when you drive your Volvo, the corrosion limits the ability for your vehicle to recharge the battery when driving.

Hi, used my V70 99 automat few days ago. Everything was OK. Outside was abt minus 5 degrees Celsius after heavy rainfalls few days ago. Today tried to open it and the power was gone, alarm control diode lamp was not flashing, central lock did not function. Suspected flat battery. took the battery out to recharge but ampermeter showed that it was OK. Anyway recharged the battery and reinstalled it . The car did not respond. When I turn ignition no lamps flash, it is dead dead….. What could it be? Checked all fuses/ they are intact. I suspect damp & moisture + cold weather is the cause, but what is the remedy? Volvo is supposed to be winter friendly….

I suspect an ignition key tumbler. But you say no lights, no nothing? Has to be bad wiring or connection from the battery terminal then.

I agree with the above. Your car not starting could be other problems, but if the battery is good and charged and the electrical system shows nothing there’s probably something wrong with the battery connection. Possibly something shorting out?

Leave the key at position II and then try fiddling around with the battery terminal connections. Eventually the lights inside the cabin should come on if it’s a short.