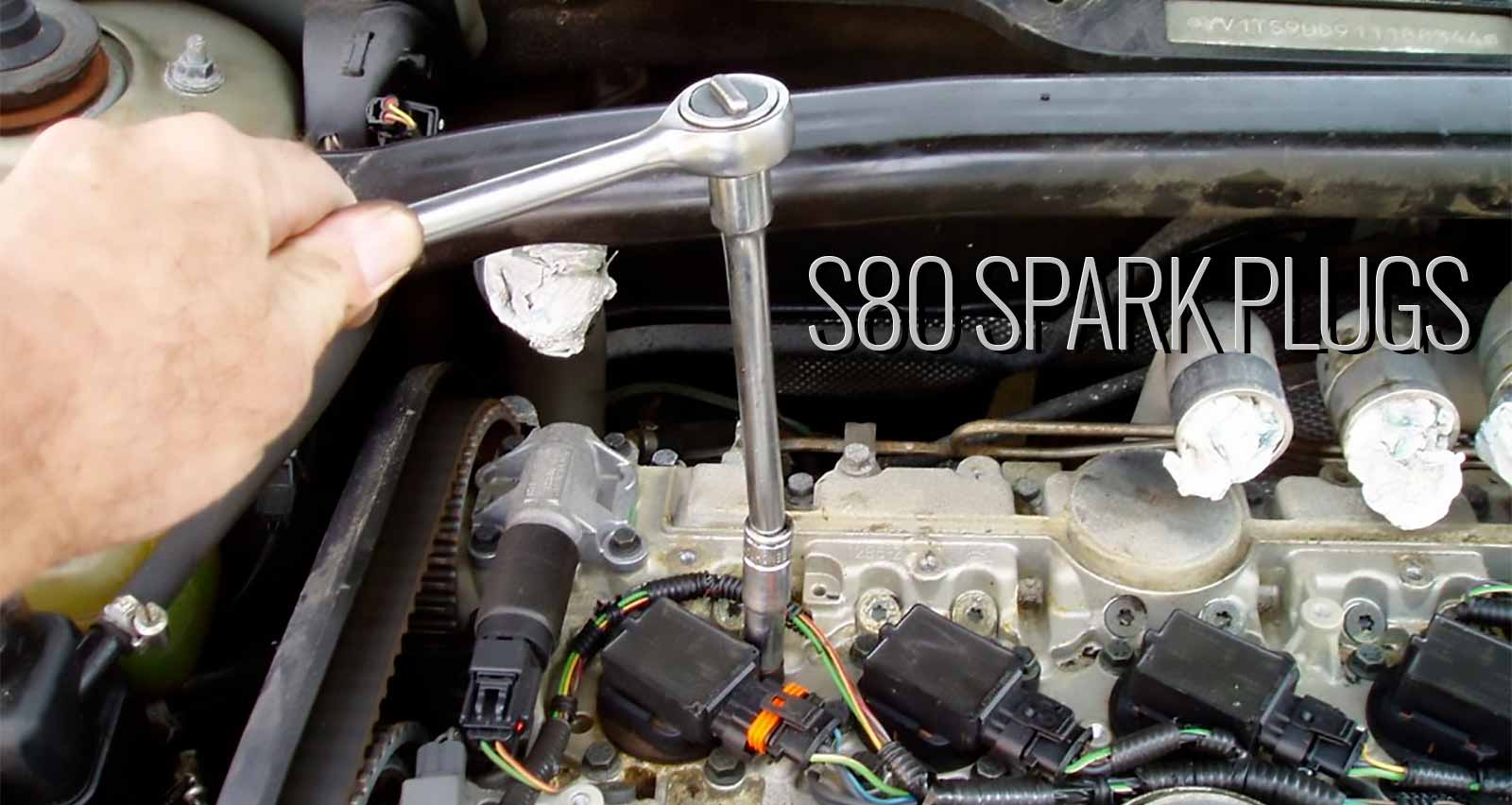 Thanks to vegasjetskier, we now have instructions on how to replace the plugs on an ’01 T6 S80 (man, there’s a lot to remove just to get to the plugs!)

vegasjetskier » Here’s how to replace the spark plugs in your 2001 T6. I got my genuine Volvo plugs from IPD for $52.

I know there are some cheaper plugs out there, but with the amount of work this entails I decided to go with the real deal so I won’t have to do it over (hopefully) in the near future.

Remove the cover over the connector on the side of the intake hose by releasing the plastic catches and lifting up on the top from the front.

Separate the two cover halves and remove them. Push in on the metal retention clip on the electrical connector, then pull the connector out towards the front of the car. You may need to wiggle it a little:

Pull the aluminum tube out of its connector:

Loosen all the clamps on the air tubes. I just slid them back over the flanges and tightened them gently so they wouldn’t get lost. You don’t want them sliding down the aluminum turbo tubes because they can be tough to get back into position. Be sure to loosen the clamp holding the Compressor Bypass Valve return hose and remove the hose from the bottom of the intake tube: