Let’s get to this Climate Control Knob Repair 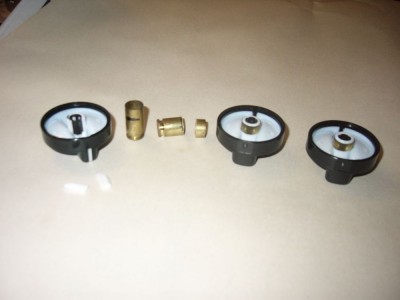 Member Barn Owl shows how to use a 40 caliber pistol shell to fix your broken climate unit knobs.

I had one of my climate control knobs break at the mounting base and I was able to make a quick permanent repair of it. In addition to the broken knob I noticed that the other two were cracked and would fail eventually so I modified them all. The knob’s base is an exact fit for a S&W40 caliber spent casing end.

my 2001 volvo s80 a/c power module cannot switch the compressor what can i do.