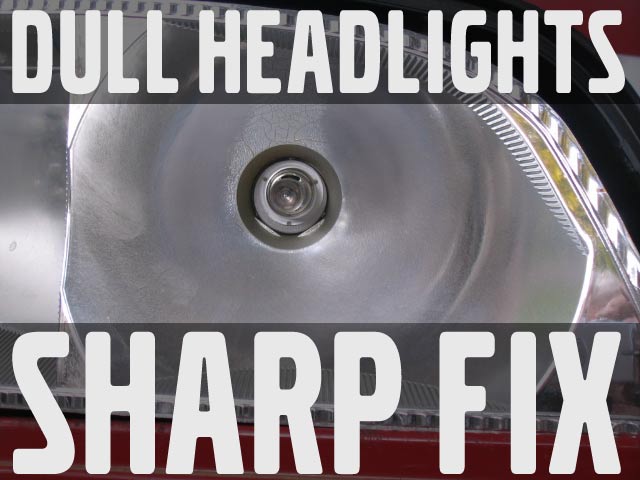 MVS Contributor sleddriver discusses what to do when headlight reflectors get dull with age. Light output from the headlights gets dimmer, and no, new bulbs won’t help much or at all.

You can chase this problem with the most expensive bulbs you can find, but you won’t solve it until you fix the reflectors. Here’s another MVS post that addresses dull reflectors and how to fix them.

Recently I ordered a set of 4 H7 55W halogens. A quick test drive afterwards revealed something was off. Not quite what I was expecting. This evening I pulled both HDLT assemblies and removed the lenses for a reflector inspection.

I have “speckled” aluminum rather than “shiny”. Rough to say the least. Still, the sled just passed her 20yr mark out of the factory and the old girl has done well. Mileage is around 222,201 mi.

I have one OEM Volvo lens and one generic replacement. Originally both light assemblies had the levels and wheel/gear assemblies on top for adjustment. I lost the driver and it was replaced with one without either ‘feature’.

I suspect anything in a junk yard will be as poor as mine, given the age. The ‘jewels’ are very nice, but $$$$ new. I’ve read several HDLT threads and generic ‘replacements’ are available. They don’t use H7 bulbs though and I don’t think I can get my $$ back as mine have been turned ON, though they don’t even have 30min on them.

Open to hear updates from those who went with something else. Do you still like them? Better? Worse? Would you do it the same today?