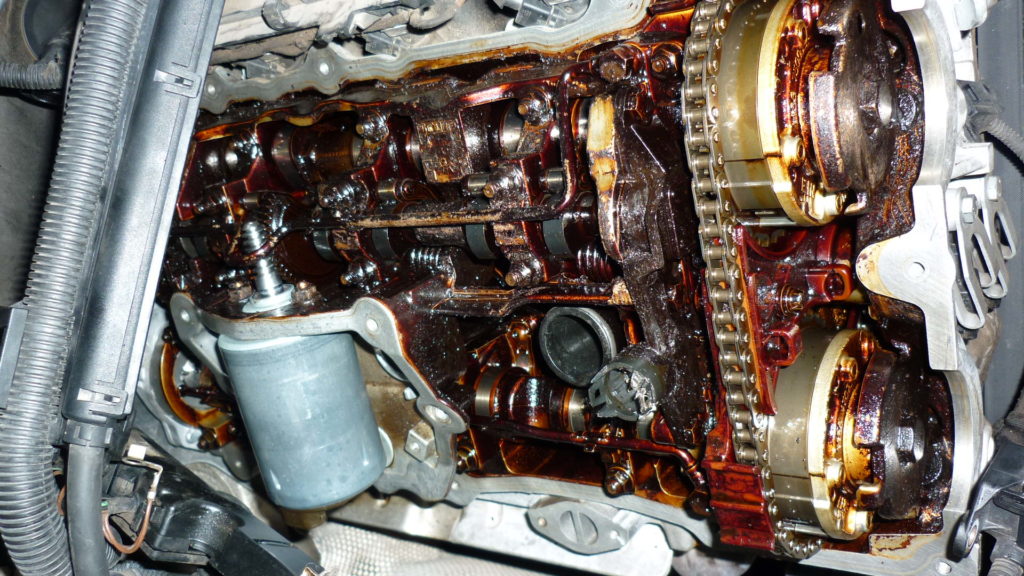 If you get engine-clogging sludge, a Volvo tech will likely recommend a new engine. You really shouldn’t waste any time when dealing with engine sludge.

Oil sludge or black sludge is a solid or gel in motor oil caused by the oil gelling or solidifying, usually at temperatures lower than 100 degrees Celsius. Oil sludge can be a major contributor to internal combustion engine problems, and can require the engine to be replaced, if the damage is severe.

Sludge is usually caused by a poorly designed or defective crankcase ventilation system, low engine operating temperatures, the presence of water in the oil or crankshaft-induced cavitation, and can accumulate with use. Oil sludge that causes an engine to run poorly or even seize is a rare occurrence and typically happens only when oil changes have been neglected or if the car has been driven extensively with an extremely low oil level.

I have a 2000 S70 turbo with 177,000k. Three weeks ago I was driving my car and the oil light came on, so I took it to the gas station and he stated I was down a quart of oil, and put 1 in. About ten minutes later my car was making a whipping like sound coming from the right side. Then it started grinding and howling.

Originally I thought it was the tranny but took it to a tranny garage and they stated it was somewhere in the motor, the tranny was fine.

A friend of mine told me it was the turbo, he then pulled it said it was shot. We put a used one back in with a 3 month warranty. He dropped the car off to me stating that the oil light was on, I needed to go get it changed right away. I was also down a quart. The car does not smoke or leak oil.

So driving ( about 1 mile) to get my oil changed, again a whipping like noise and howling everytime I give it gas. When I let off the gas it stops. I got the oil changed the light turn off. I started down the hill the oil light went on then off, and then on again staying on, and again the howling.

When you give the car gas in neutral it makes no noise, the motor sounds fine. It only when you put in in drive and give it gas. Any ideas? Thanks

I’d stop messing around and take it to an independent volvo mechanic or volvo dealer service department.

Whatever the case, the engine not getting enough/any oil can lead to the largest repair bill, bar none: a new engine.

The “White Motor” aluminum 4,5,6 cylinder will form sludge if oil change schedule is not followed closely. The factory recommends 7500 mile service intervals but the oil must be changed every 3000 miles. One indicator is the bottom of your oil cap which will not be as bad as your oil pick-up tube. The dealer might tell you that o-rings in the engine need to be replaced which is a common cause for oil pressure lights and lifter noise. If there is any sludging evident dont spend to repair motor. Get a new/used motor with a warranty through your “reputable”dealership. Once sludge forms inside an engine it CANNOT be cleaned out of the oil passsages in the crankshaft and will starve the rods/used turbo. I had oil pan off 2k S-80 five times to clean out sludge and ended up replacing motor with siezed connecting rod. Or just dump the car and get a new C-70!