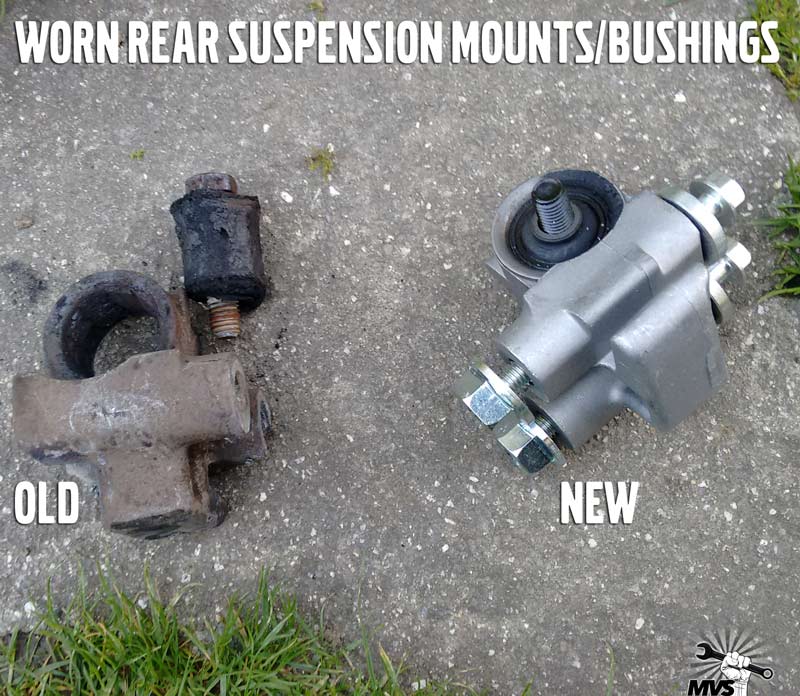 MVS Volvo Forums member hausmeister had a problem with his Volvo wandering side-to-side while driving down the road. (“Drift” would be a good explanation, if the term hadn’t been appropriated by the Fast and the Furious street racing crowd.)

Question about suspension… I have already replaced:

I still have an issue that the car wanders a bit… hard to describe… over uneven road it wants to steer itself and you have to actively counter it more than you should. It is not play in the steering, but that it wants to follow the road too much.

I had a similar issue with badly worn control arms on my s70, which was fixed with new parts. But as they are already new that can’t be the reason.
The strut brace helped a lot with this, the bushing inserts helped a bit. But it is still there.

What should I be looking at?

I had a similar effect in my 850T, which would be really disturbing in the rain. It would just slowly slide over to one side on it’s own. It has proven to be control arms/ball joints and CV shafts, and it was completed out of align, with the front wheels toed outward, so it was skating on the inside edges of the tire. Replaced all those parts and aligned, much better now, tires this weekend, those front two are toast.

Then today hausmeister reported he’d finally tracked down the problem and solved it with new rear suspension mounts/bushings.

By the way, this is solved, problem were worn rear suspension mounts/bushings.
After replacing all 4 the car drives fine 🙂