If you have over 2.5 million miles on your Volvo P1800, it might be time to change the water pump. 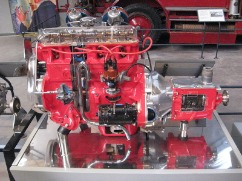 That’s all there is to it. The mirror made it much easier. The new Japanese pump from IPD works like a charm.