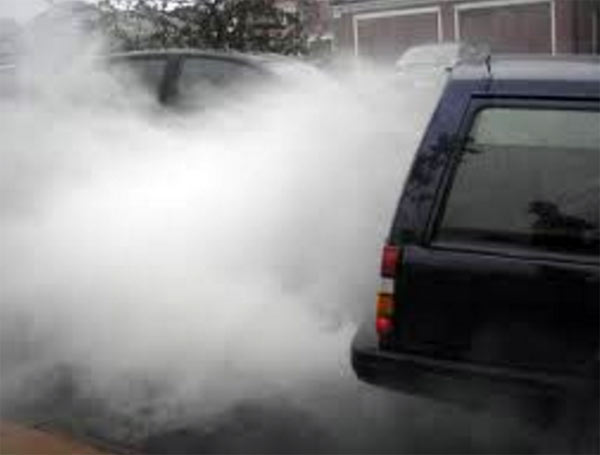 A Volvo head gasket is a gasket that sits between the engine block and cylinder head(s) in an internal combustion engine. Its purpose is to seal the cylinders to ensure maximum compression and avoid leakage of coolant or engine oil into the cylinders; as such, it is the most critical sealing application in any engine, and, as part of the combustion chamber, it shares the same strength requirements as other combustion chamber components.

I have a V70 wagon with 183,000 miles – I was driving to the mountains for the day (about 125 miles into 160 mile roadtrip) when I noticed white smoke coming out of the exhaust pipe. I happened to be at an exit ramp when this occurred and immediately jumped off the Interstate. I parked the car, shut it off and checked the oil – sure enough (or so I think)… a blown Volvo head gasket. The oil had turned into a thick mixture, almost like a chocolate shake. Can anyone tell me with some certainty and without actually seeing the car if this in fact is a blown head gasket? What is the likliness that I did major engine damage? The car never overheated, the white smoke was apparent for only 500 feet before I pulled over and shut the car off. I never even had a warning light on the dash. I am hoping the damage is limited to just the Volvo head gasket however my next question: Does anyone know what this type of repair job costs? I just don’t want to walk into the garage tomorrow only to have my bank account drained.

Any input will help. Thanks, Paula

You were very very smart to cut the engine off before you started to get over-heating codes. No smoke from the engine bay? How about loss of coolant from the over-flow tank? Is the coolant brown too…like oil is floating in it? These things aren’t mentioned. Usually if you have a bad head gasket, you at least have smoke coming up from under the hood…like a mixture of smoke and steam. If you do have coolant loss but no smoke from there, then you might have gotten very lucky, but then maybe not. My best guess is (since you didn’t mention smoke from under the hood) that your radiator broke. Our radiators cool the engine by way of coolant and they also cool the oil. A section inside the radiator probably blew and spilled coolant into the oil and thus into your engine. This however often causes a warped head- but then it would leak and you would have smoke under the hood. Just a guess, but very plausable. Get this checked by a good indy mechanic. If you’re double lucky, replacing the radiator along with flushing the coolant and engine may render your Volvo drivable again….but I would keep my fingers crossed on this one. Whatever you do, avoid the dealer…they’ll try to sell you a rebuilt engine most likely, no matter what has happened to your car- several thousand dollars.

You certainly don’t want a blown head gasket. Many just hang the engine up and replace it if this happens….it will cost at least a grand or more, either way. If you repair, the head has to come off (cams come off with it), so it takes special tools to hold the cams in place…timing belt comes off too. Definitely the head and sometimes the engine surface has to be milled to be flush with each other, then everything put back in. Usually during this procedure, valves and valve guides are found to be bad (sometimes from the incident that trashed the head gasket, sometimes from before) and these are replaced. If that isn’t enough, the cylinder walls themselves might need milling and made true as well…a Total Engine rebuild, so many don’t want to risk all of this…but won’t know until the engine is opened up….Thus, it’s usually cheaper and less of a risk to just buy another engine from a good reputable place that stands behind them…like www.erievovo.com

I hope the best in your situation. Good luck!

The oil is mixing with the coolant creating this muddy brownish cooler kind of thick liquid. The car is also overheating under the hood and producing white smoke. 2001 Volvo s60 t5 2.3 engine

boiling over coolant reservoir. blowing white smoke. the main one is over heating the problem is that the head gasket on these car they usually go near the back of the motor witch turbo manifold pumps exhaust into the coolant and causes it to boil the best way to find out if this is happing in a exhaust sniffer but they can be hard to find sometimes if you want anymore info email me thank you