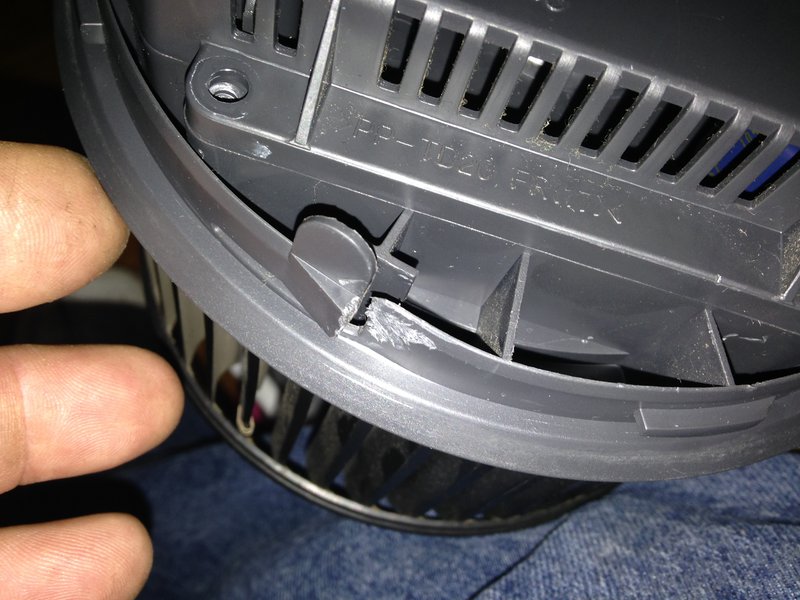 MVS member thewhitegorilla asks and answers his question: how to get the blower motor out of a Volvo V50?

It’s a pain in the tail, I’m 3/4 of the way getting it out but can’t release the catch and twist the motor out. Any experienced help will be appreciated. But in answer to your question remove the gas petal and the brake pedal. Various length nut drivers and different length sockets 10 and 13mm, and a lot of plain it’s gonna come out attitude is what gets them out. The toughest part is ignoring the pain that you feel in your back due to the awkward position you must work from. Some others have said to remove the glove box and remove the housing from the passenger side. The writeup I was reading was from a C30, similar, but I’m almost thinking that this extra pita (again very awkward positioning must be attained to achieve removal)is not necessary on the 2007 v50. I will let you know when I’m sure. I have mine removed but still inside the dash. The impression that I’m getting is that the blower motor can be removed from underneath with both petals removed . It looks like it anyway. For now I am trying to get this catch released and get the motor out. Anyone any ideas? here are the pics there is one catch directly above the electric connect and then there is a rectangular recess on the round end of the housing. Anyone know how to release this catch?

I got it out, I had to take the seat out and lay straight in to get one hand on the blower and one releasing the catch here’s a picture to help those after me. Look at the lower left at the middle finger in the picture

And right across from that is a round tab that’ the catch, it’s a little scraped up as I was using a screwdriver then knife to try to hold it in as I turned they both fell out a dozen times easy, finally i took the driver’s seat loose and got to where I could get a finger on the catch and turned the blower and it spun right out.

How to replace V50 climate Blower?