As you can see from pic the block was contacting almost dead center, where the natural harmonic is. The corrugation makes it vibrate like a guitar string. The tube and air box together act like a megaphone, amplifying the sound. 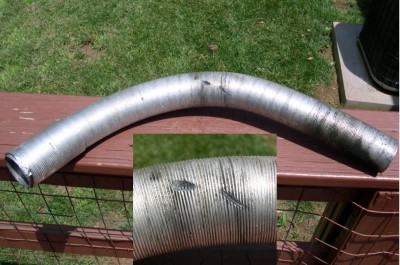 Volvo’s S80 flagship debuted for 1999 but was never a top contender in its class. It has lots of interior room, a comfortable ride, and fairly nimble handling.

Some controls were awkward but somewhat improved for 2005. The standard engine was a fairly lively 2.9-liter inline six-cylinder. The turbocharged T6 offers quick and effortless acceleration. An AWD version with a turbo five-cylinder engine debuted for 2004. Only the underpowered 5-cylinder remained for 2006.