jreed » My upper transmission hose developed a leak several years ago (at ~130k miles). It showed up as a slow seeping of ATF from the lower crimp, large enough to keep the metal line below the crimp wet with fluid.
The upper transmission hose is apparently the less common one of the two hoses going to the transmission to develop a leak, but I’m not the only one who has experienced it.

In the photo below you can see the two hose clamps I installed a while ago on the crimp to try to slow down the leak — the hose clamps did not have any effect. The photo was taken after removing the battery and the battery tray (and disconnecting the cruise control pump under the tray), which was helpful to get access to the hose. 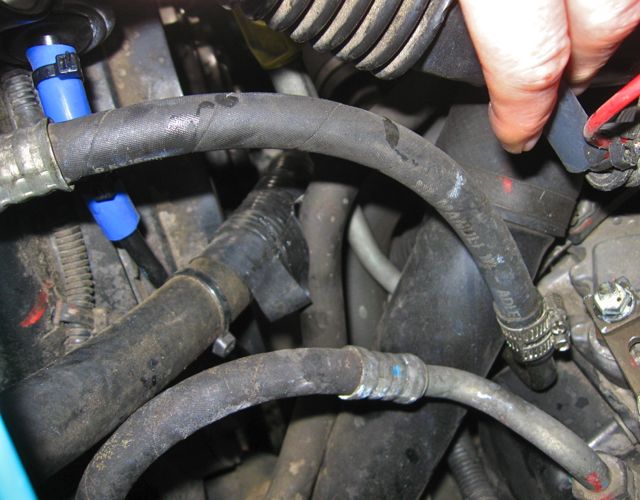 Overview of area after removal of battery and tray

After keeping an eye on the leak for a while and worrying about it, I decided to go for an OEM replacement hose, mainly for peace of mind. I figure if the leak became large it would allow all or most of the fluid to leak out while the car was running and then potentially allow the transmission to overheat or be damaged… an expensive problem. The Volvo replacement hose cost about $90 from Waltrip including shipping. Note that this hose is the AT fluid outlet hose: it connects to the lower part of the transmission and the upper part of the radiator. 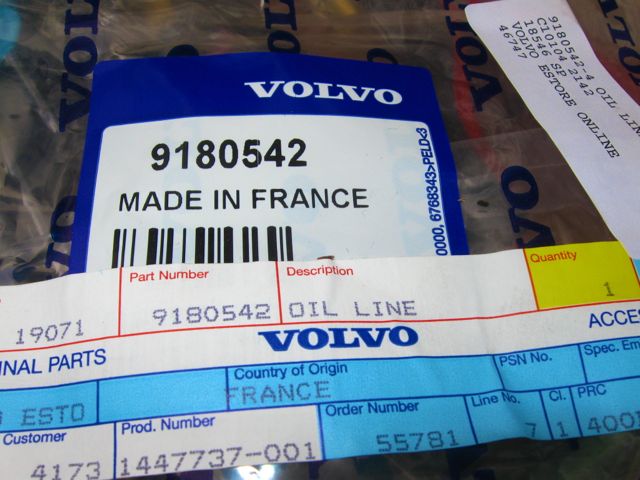 The first step is to clean up around the top and bottom hose connections and the nearby areas so you avoid getting any dirt into the transmission. Then I used a pair of snap ring pliers to remove the clip. These little pliers made the job a lot easier than prying with a screwdriver or using needle nose pliers (both of which I have used in the past when doing fluid changes). 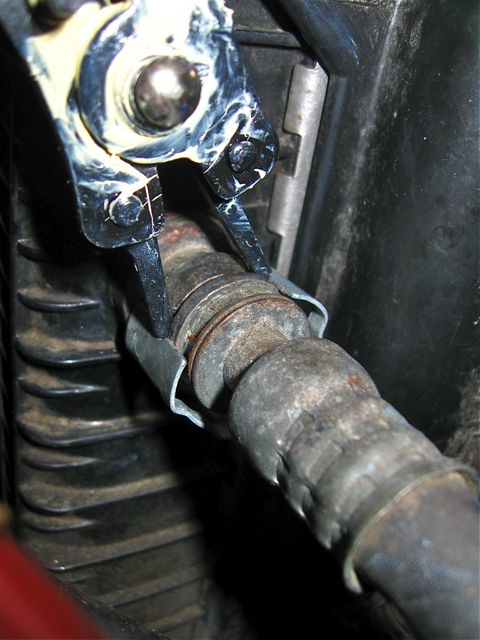 Once you get the clip off at the top, the upper hose will pull straight out from the radiator. 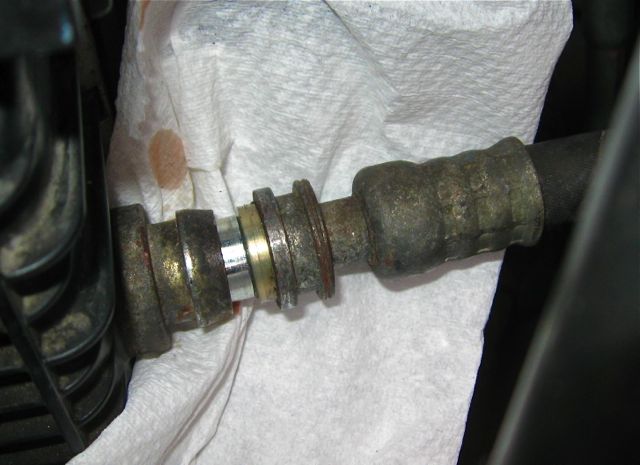 Next you have to remove a bolt that holds a support clamp about half way down the solid metal part of the line. This bolt is difficult to reach. From below the car I used a slim flexible wrench with a 12mm 6pt deep socket to break the torque and loosen the bolt. Once it was loose I removed it with the finger tips on my left hand, which could just barely reach between the subframe and the transmission. If I had to do it again I would break the torque from below but then loosen and remove the bolt by reaching down from above in the engine compartment.

I recently bought a used volvo c70 and on day one the ratiator had to be replaced . Thankfully it fell under the 30 day warrenty. However,now since I got the car back it seems to be leaking transmission fluid me not knowing that the transmission hose was connected to the ratiator is now making me think maybe the the mechicanic that installed this ratiator did it wrong and thank god I noticed the fluid was leaking because I could of potentionally ruined my car that I just spent three grand on.Tomorrow I’m going to check the connection to the ratiator along with the green clip and the o rings. Its because of this site that i now have the no how and no what to look for as well as knowing what I’m talking about when I talk to this mechcanic on the phone. Your site is a god send I would love to talk to someone on the phone from your site to exlain the full scope of what the seller was trying to pu;; over me and not back up his warrenty. When I told the seller that my car was now leaking transmission fluid he stated to me that I was past the 1,000 miles so he wouldnt cover it when now I realize it was his mechanics fault in the first place for not installing it right to begin with.I will keep you informed as to how things go tomorrow when I get him and the mechanic on the phone, if someone from your site wishes to speak to me please call me at 864-315-8893 Sincerely Andrew Mituzas

where did you get the clips from…