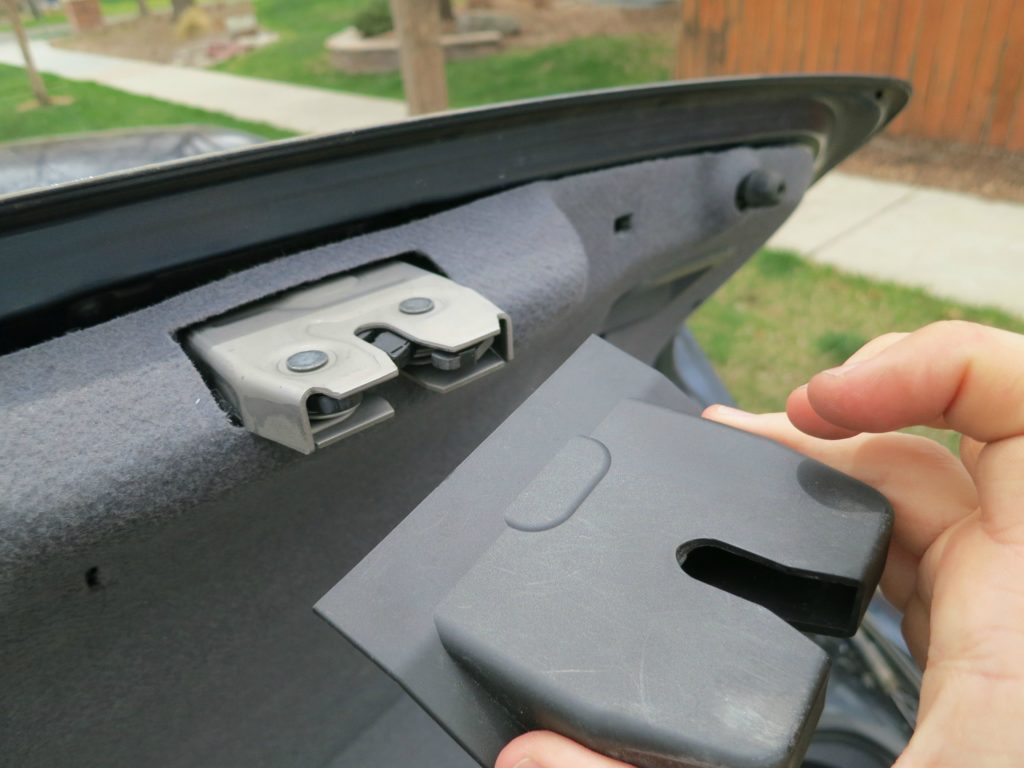 If your trunk fails to latch when you close it, it could be the receiver. Mine got pushed down somehow, causing a temporarily inexplicably-non-latching trunk when I got my 850 back from u-Haul. (I had them install a trailer hitch.)

After some investigation, I adjusted the receiver loop up (star bolts) and it was once again normal. You have to remove the plastic trim to get to the bolts, but this is trivial. 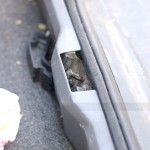 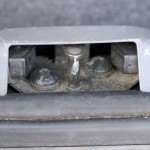 I went to close my trunk, and it just bounced. FOr some reason, the latch isn’t locking when the trunk closes. I tried to latch it with a screwdriver, and it just flicks back open. I dont hear any loose pieces, as if something broke off… could it be that the open “button” is shorting out, making it stay open?

This may not help, but I had the same thing happen with my 850 wagon trunk latch. It just bounced like yours. I took it apart and went through the whole mechanics of it and determined that it was just done…

You can find one at a parts yard pretty cheap ($5-$10 probably) and replace, just remember where the “clips and pins” go when you take it apart. There should be 2-3 steel rods that clip into the unit that control the auto unlock, trunk release lever, and trunk key function.

If you do that remember that the bottom U shaped reciver of the latch is adjustable and will probably have to be adjusted to get a secure close again. And if I remember right those lower bolts were HARD to get loose. Good luck

I took the latching assembly off, but couldn’t really see anything that would fail. I’m hesitant to replace the entire assembly (found here for $162), when not only does nothing on that page look like my trunk’s assembly, but I don’t even know if the problem is in the assembly itself. I also checked for blown fuses, pinched wires, and unplugged couplers, but got nothing.

Does the latch lock electrically? I tried closing the “hook” manually, but it just flings back open.

I’m having the same problem with the trunk latch on my 95 940. How did you get the receiver back into the proper position? Did you do it yourself or did it require service?

Thanks for the info.