MVS Moderator Made In Japan wonders out loud if it’s better to buy control arm bushings and use a press to press them into the existing control arms, or say ####-it and buy new control arms. MVS Contributor oragex sums it up nicely:

Most people agree that installing these bushings is a PITA.

Being stubborn, I still went my way.

First problem: rear smaller bushing is not available in Lemforder. The front biggie one is sold by Lemforder. I don’t know if Volvo sells them. Someone bought these off Ebay. He reported the front one died soon (poor install or fake product?). Maybe the seller puts Febi bushings in Volvo bags?

Second problem: one needs special (read: nowhere to be found) adapters. These adapters can however be home made. 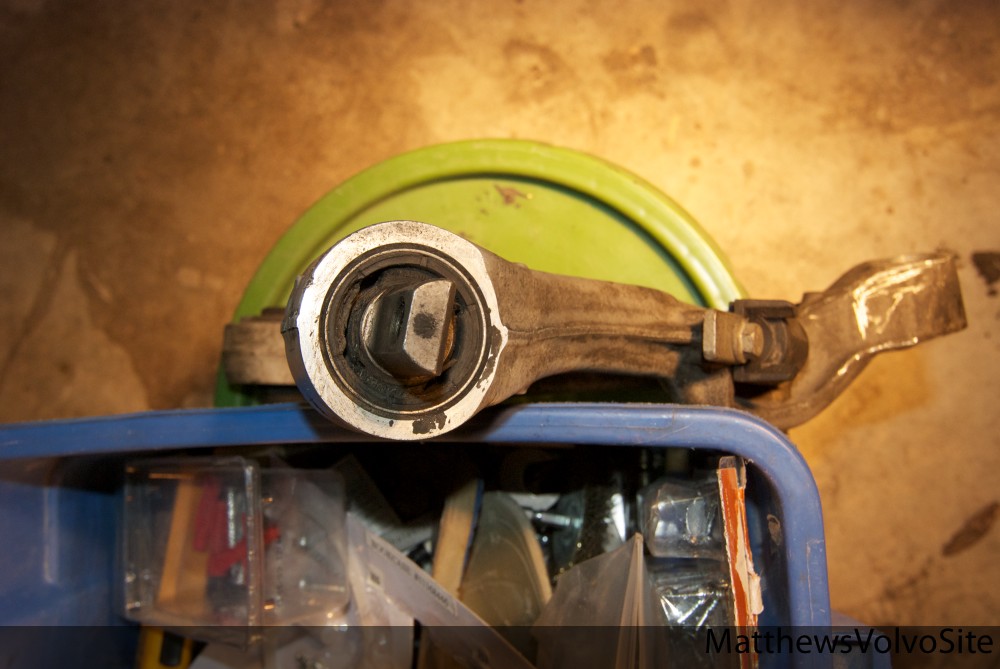 I took my rubbers and went to a small garage. The guy didn’t had the adapters, so he used some random adapters he had at hand. He also had a 6t press although some people say it takes a 20t press. So he did it only with his impact wrench and a thick rod. At some point the wrench wasn’t strong enough, so the guy grabbed a massive hammer, put the adapter on the outer bushing metal ring (actually, he started by smashing the inner ring  😮 and when I said Hey! he goes like, see, that’s why I don’t let customers come watch me. Yeah right  😆 ). To resume, he punched the bushings in with no trouble, even with no grease. I was surprised. So with proper adapters, this can be done.

As for removing the old bushings, I had another funny experience. Reading over the net about burning the rubbed with a torch, I grabbed mine and put the fire on them. Those guys took the fire like a boss, I was really impressed. But they were still in one solid piece, only toasted a bit. So I grabbed my drill and in 5 easy minutes there was no more bushing. A groove is then cut in the outer ring which is not that thick.
https://www.youtube.com/watch?v=uSnz6UbGrIM

If going the new Lemforder control arm, I’d check the small rear bushing is not Febi. I don’t trust Febi after my spring seat failed within less than 6000 miles.

As for the poly bushings, they are not cheap and I’ve read about people reporting a little harshness in the suspension. Not all brands do last, Powerflex seems to be the reference.

Whatever the choice, make sure to get 4 new front control arm bolts (cheap from Volvo). They are not the same length on each side, and on drivers side I think the transmission has to be lifted a little to clear the bolt.

When the CA is removed, the ball joint can be checked by hand. It seems the original ones are very durable. When installing the new CA, I prefer removing the two large lower strut bolts.

See this interesting freezer/oven method for pressing in bushings.