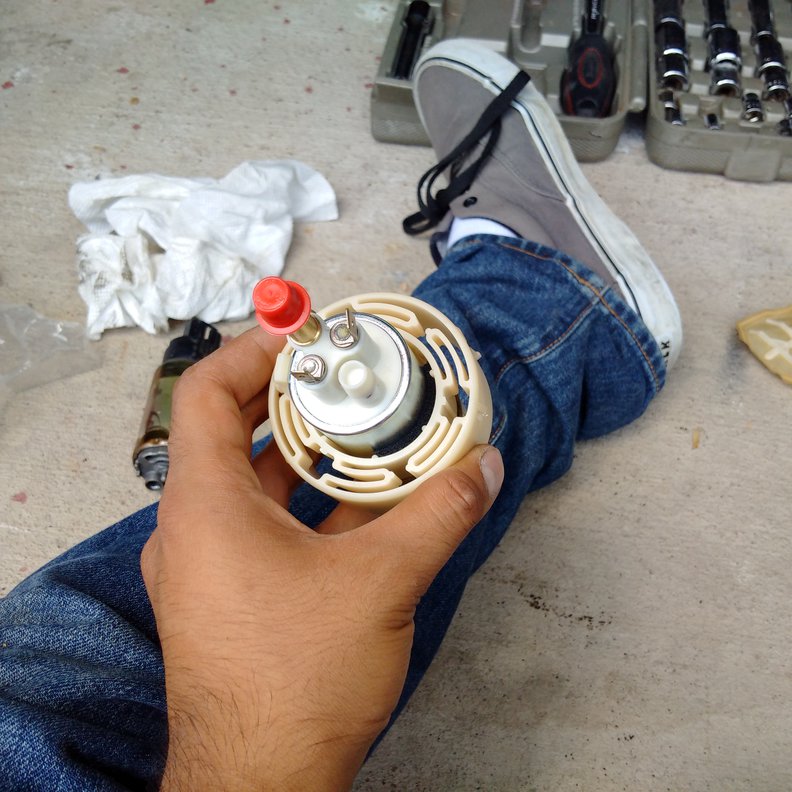 MVS Volvo Forums contributor j-dawg spent time to document the process of replacing the fuel pump with a Walbro in his 1999 Volvo V70 T-5, and here it is:

The other week, my car was running like absolute garbage. This appeared to be the worsening of a condition that had begun as a few months of rough starts and cold idles, and some quality time with a borrowed tester revealed low fuel pressure at the rail. Time to replace the fuel pump!

I looked up the parts on the ‘tubes, and the original Volvo pump is mondo dollars. Maybe this is worthwhile, but I’ve got a lot of other money to spend on the car and the fuel pump isn’t hard to replace. So I cruised around, and eeuroparts, it turns out, sells a nice kit to install the Walbro 255lph, a pretty popular pump, in the 850s. The kit cost about $60, and the Walbro 255 is a pretty common USA-made pump, so I decided to put a Walbro in my Volvo.

For the most part I followed the instructions from our favorite video tutor Robert, which can be found here. I found a few differences between the pictured car and my 99, though. Between the changes for the newer cars and the Walbro pump, I thought I’d document a few differences.