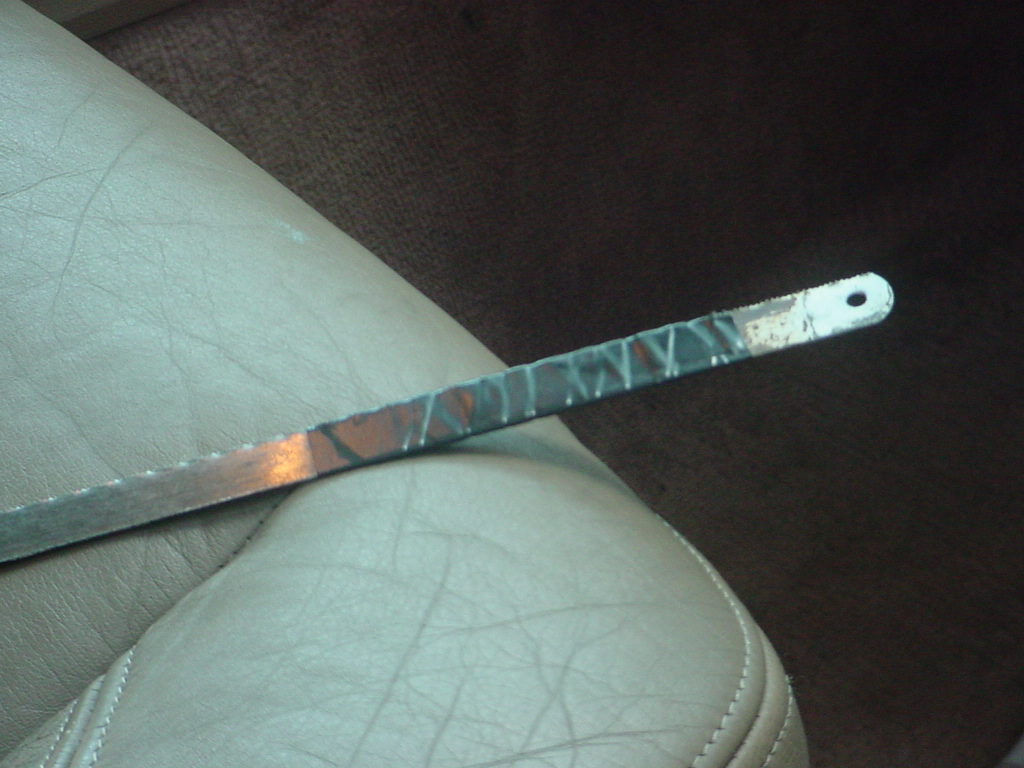 Ever thought of using a saw to fix your glove box? Read on.

Based on all of the good information on this site I set out to repair my faulty glove box latch on a ’94 850. The hardest part of the job is sawing through the catch hoop or, as Volvo calls it, the brace. I used a largish screwdriver to pry the glove box door lid out “as far as was comfortable” so as to give as much room as possible to saw the hoop. As has been noted you should tape off all but about 1” of the blade so as to not tear up the vinyl on the glove box lid or the air bag cover directly above it.

The taped off hack saw blade.

Once you saw through both sides of the hoop (brace) the door magically opens and reveals an archive into the previous owner’s life, he/she couldn’t open it either.

The next step is to remove the six torx head screws that hold in the interior of the glove box. They use a T-25 torx bit and the ones behind the door arms are a little tough to get to since they are directly behind the arms. I gently moved the arms aside with the socket extension so as to get a bite on the screw.

The next step is to release the door arms from the door. On the right side of each arm is a small hole, gently press a small screwdriver into the hole which will release the catch. Once it releases from the door lift it up and release the other arm in the same manner. When both arms are released the door will fall slightly.

I just had to use the hack saw blade method to cut the “brace” in the glove box on a 850 GLT after the latch unexpectedly failed. To fix the latch and the brace is a major deal. Here is a simpler way if you don’t need to lock your glove box but want it to close nicely. Just cut about 6 small squares of self-sticking velcro and place them strategically around the inside of the box and door and BAM you are done.