The stability system consists of a number of functions designed help reduce wheel spin, counteract skidding, and to generally help improve directional stability. NOTEA pulsating sound will be audible when the system is actively operating and is normal. Traction control (TC)This function is designed to help reduce wheel spin by transferring power from a drive […] 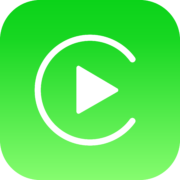 MVS Volvo Newsletter March 2019 Want these to come to you? Subscribe to the MVS Newsletter here. Volvo News Volvo Announces Polestar 2 Good quick overview of Volvo… er… Polestar’s second vehicle, and how it competes with the Tesla Model 3. Here’s the MVS rundown of Polestar 2 vs. Model 3. Volvo Goes Full “Big […]

Yikes. I don’t like this. Today it’s 112 MPH, tomorrow it’s [?]. Yes, I’m a “slippery slope” argument guy. Volvo Cars said on Monday it will introduce a 180 km per hour (112 mph) speed limiter on all new vehicles as the Swedish automaker seeks to burnish its safety credentials and meet a pledge to […]

Need a list of Volvos with CarPlay? Be careful what you buy! Not all new Volvos have CarPlay. I’ve been using CarPlay for a year, and I love it. I’d have a difficult time going back to a car without it, in fact. I like it so much I started a CarPlay information and news […] 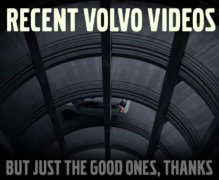 Does the “safe” car company equip their automobiles with dangerous jacks? MVS member mick_jenkins: I was changing out rear brakes and I needed to jack my 2004 Volvo S60 so I could use my jack stand and this heap of hell gave out. Not a good design even when it was functional. I’m so grateful […]

In certain vehicles equipped with seven seats, the side-curtain airbag for third-row passengers may not fully inflate. The defect increases risk of injury in a crash, however the issue has not been blamed for any injuries or deaths.The company first became aware of the failures during routine crash testing for the European New Car Assessment […]

MVS Volvo Forums member (now Contributor) ALF1 drops the knowhow for a fix that’ll save you about $300, or much more if you’re going to purchase a new yaw sensor.

Folks – The Active Yaw Control Sensor (found under the passenger seat and carpet) is a very expensive repair whether you purchase a new unit or send yours off to be re-manufactured by Xemodex or BBA Reman or try to get a used one.

Although I have swapped seats between vehicles, it was not until very recently that I learned of the “seatbelt release tab”. I do not believe it has been mentioned previously in any of the seat-related posts I have read on this forum. I discovered it courtesy of Bob Elwood’s seat recovering directions. It is present on the V70, but alas, I do not believe on the 850. Instead of removing the seatbelt anchoring torx bolt, one simply has to depress a small nub with a screwdriver to slide the seatbelt strap out of its connection point on the seat. This miraculous device saves lots of time and frustration since there is precious little room to swing a wrench to get the seatbelt off otherwise.

If you are removing seats in a V70, this little latch can save you quite a bit of time and frustration.