This is a common problem with early P2 transmissions. You can buy the cover from iPD, which also has a step-by-step guide. I won’t repeat information in that guide, and please read that guide first, as I reference it.

I recently replaced the B4 servo cover, and thought I’d share a few tips about how I made it easier on myself.

You can buy the cover from IPDUSA, which also has a step-by-step guide (http://www.ipdusa.com/products/5538/107 … ver-update). I won’t repeat information in that guide, and please read that guide first as I reference it.

Get a GOOD set of snap ring pliers, I used Lisle 49200, get from Amazon for $27 (USA) or Princess Auto (Canada). Removing old ring required a creative use of tool – had to attack at an odd angle due to all stuff in way, so using that tool for example let me put the two sides at different lengths so I could attack at an angle: 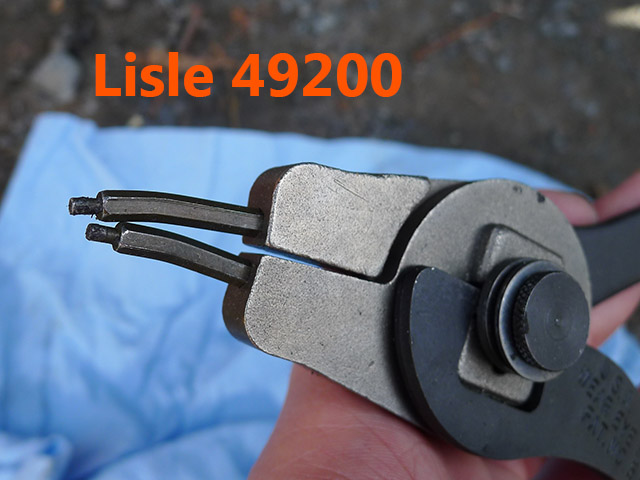 Snap Ring Pliers, I had to attack at odd angle, so ability to adjust one side out more than other was instrumental to success in removing old snap-ring

Put some bubble wrap or cloth down, as the plunger might pop right out as mine did. If you plan on taking skid pad off (recommended, makes it easier as can slip a big screwdriver in to compress plunger) do this AFTER taking plunger out, since there is less space to fall this way. Remember when re-installing plunger that it might fall out again so keep lots of bubble wrap and cardboard around at all times: 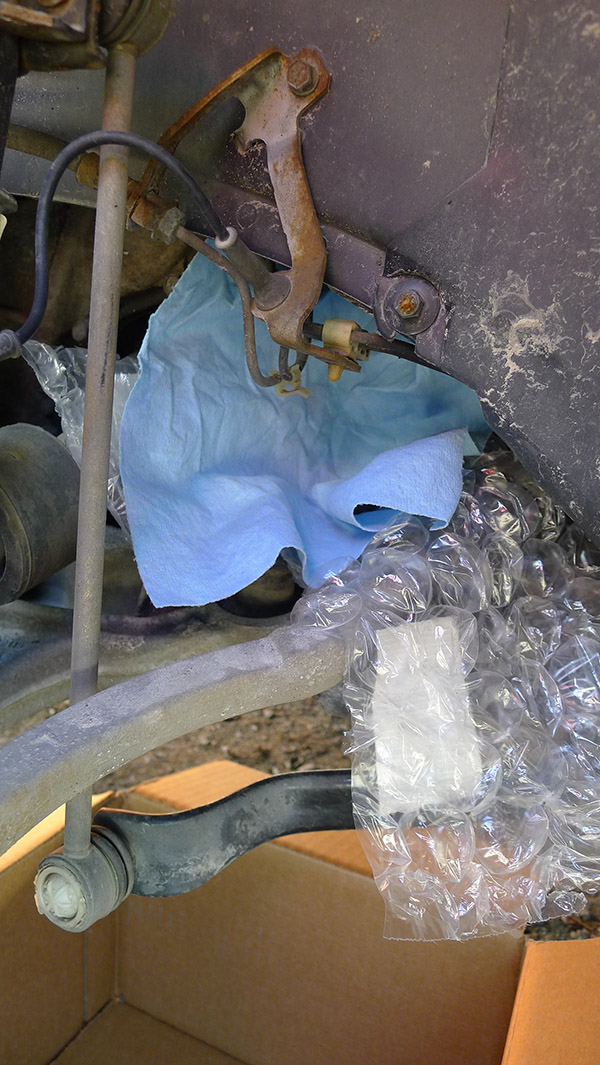 As described in linked guide, remove old cover and possibly plunger. Install new O-Rings on new cover, and replace O-Ring on plunger if required. To remove O-Ring use something sharp (dental pick) to carefully ‘skewer’ it – don’t damage O-Ring seat!

I tried using top hole for bolt originally, but couldn’t get snap ring in easily by myself. If you built little jig with perpendicular bolt which would compress plunger this would have worked great. Ended up stripping top bolt hole, stuff in the way made very difficult to correctly tighten this bolt I found anyway. An idea I had: you could use a small (1″ or 2″) C-Clamp pushed against that bolt to tighten the B4 Cover. I didn’t have a small C-Clamp so use a larger one pushing against lower down in the frame: 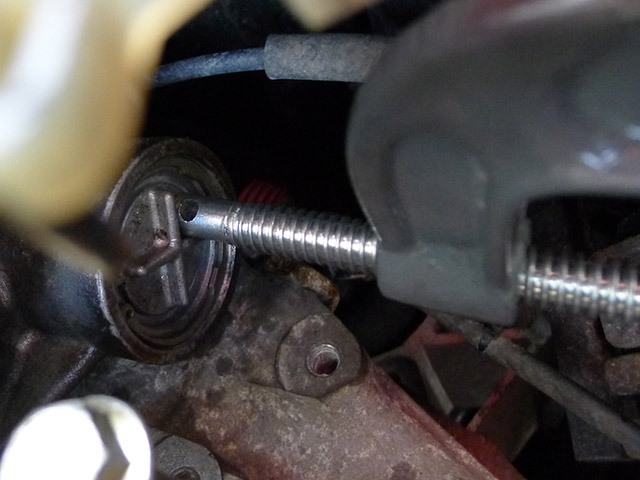 I Ended up using bottom-rear bolt hole to do this, as shown in the linked guide. It is out of way and easier to tighten bolt into (can fit socket onto bolt). Remember you are only tightening into transmission (aluminum) so don’t overdo it, use torque wrench if you are a newbie like me. I used big screwdriver to compress spring, and then a 4″ C-Clamp which I cut the little handle off, which could be adjusted to hold the plunger in a compressed state. Now at your leisure put the snap ring in. Don’t worry if you haven’t compressed plunger enough – you just want the snap ring to at least be sitting above the groove:Press with Screwdriver then Compress (I’ve staged this photo: when performing this step wouldn’t normally have Snap-Ring in yet).Where I rested C-Clamp Against6) Once snap ring was mostly in, I used screwdriver to further compress plunger so snap ring would go into groove.

My cover was of old design but not defective, transmission serial was 01J, Car is 2002 S60 112K miles. So ended up replacing for ‘preventative’ reasons I guess. Shifting was same as before, presumably in other cars transmission is trying to adapt to broken cover so needs to learn how to shift again properly with fixed cover. In my case nothing to re-learn I assume…

Hope my method is useful to someone! I found it a lot easier to have a way fo first compressing the cover and holding it shut, then working the snap ring it.