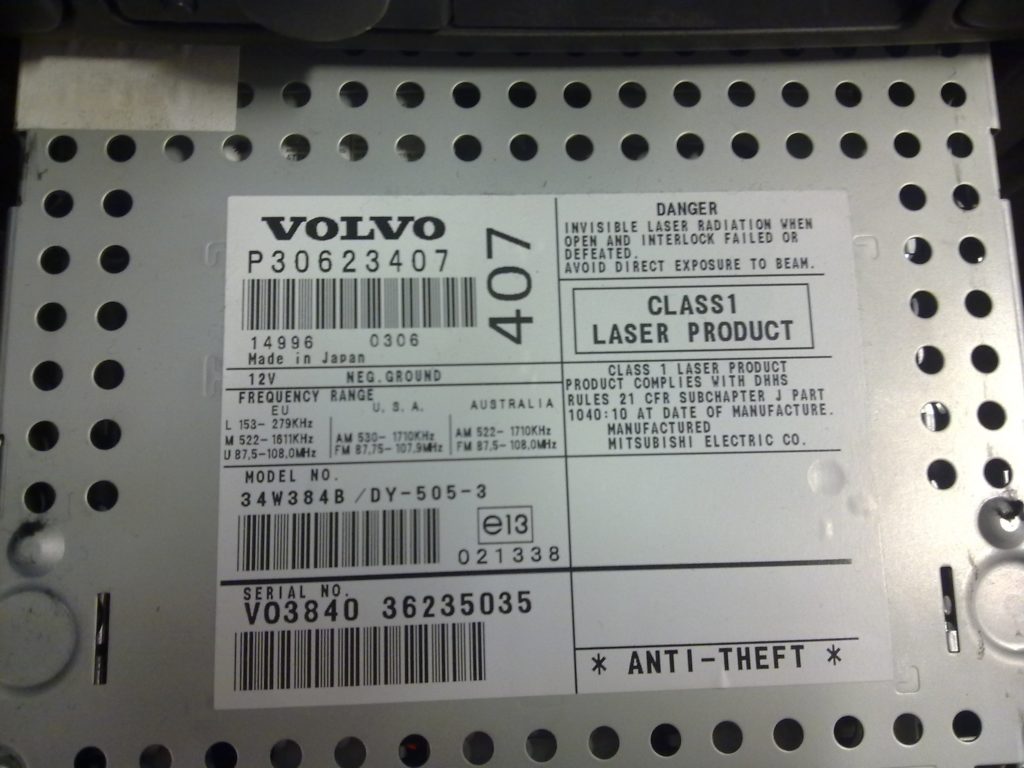 Locate your volvo model the from VIN.

Think of the Vehicle Identification Number (VIN) as a car or truck’s DNA. It is a unique combination of 17 letters and numbers that are assigned to the vehicle when it is built and that stays with it throughout its life. The VIN is used to track the vehicle as it changes hands and as it is repaired and serviced. If the vehicle is severely damaged and is assigned a “salvage title,” this information should appear when the VIN is used to generate a vehicle history report, such as those offered by AutoCheck, Carfax and the National Motor Vehicle Title Information System. It is possible to determine the year, make and model by deciphering the placement of the letters and numbers in the VIN. You also can use a car’s VIN to check for recalls: Just enter the VIN in the National Highway Traffic Safety Administration’s VIN Look-up Tool.

But what I am confused on is that, from the label on the door, the car was produced in June of 1998. In every other car I have ever seen a, for example, model year 2001 is produced from January to December of 2000.

Is volvo different in this respect or do I have a 99?

What is the VIN? I’ll check my VADIS.

Also the production date can be misleading. Up until 5 or 10 years ago most new model year cars began to be sold in the fall before the actual model year. Now its even sooner. The new ’07 Mercedes S-class has been available since this spring, as well as the new Dodge Caliber. The only way to be sure of the actual and legal model year is by the 10th character in the VIN. For example:

Could you please tell me the exact model of my car? I know it’s a 1998 Volvo S70 but I’m not sure if it’s GLT or turbocharged etc?