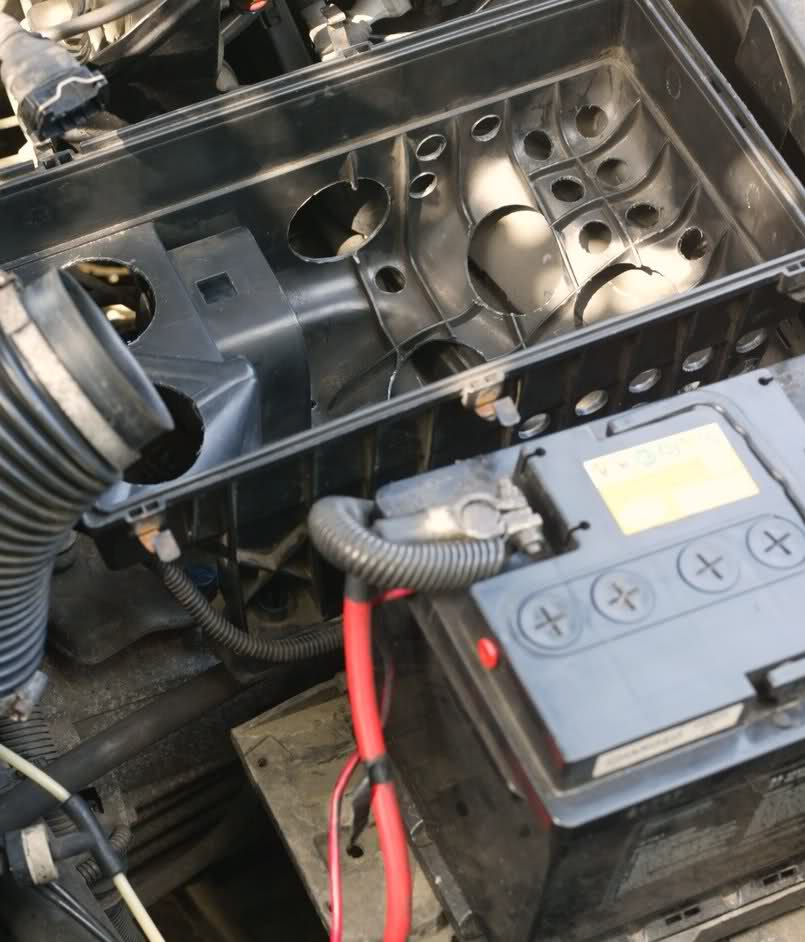 Our members are discussing how an airbox mod can help resolve common issues.

An airbox is an empty chamber on the inlet of most combustion engines. It collects air from outside and feeds it to the intake hoses of each cylinder. Many volvo owners perform an airbox mod to increase performance in their vehicles. Older engines drew air directly from the surroundings into each individual carburetor. Modern engines instead draw air into an airbox, which is connected by individual hoses to each carburetor or directly to the intake ports in fuel-injected engines, thus avoiding an extra intake manifold.

An airbox mod can really aid in the use of just one air filter instead of many. Since attention to environment effects of motorbikes rose by the end of the 1970ies, it could now collect pump gases from the crankcase and the tank air vent and re-feed them to the engine.

If you own a N/A 850 or S70 (and maybe others), you may wish to check your airbox thermostat. What I discovered three weeks ago shocked me about my own 850.

For the 1.5 years i’ve owned my 850, i’ve been trying to figure out why i’ve been getting only 15-16mpg city and highway combined (mostly city stop and go). After a while i’ve gave up and just thought thought this is just normal. I’ve done all the stage 0 maintanance items over at volvospeed and somehow i can’t even drag another 1MPG out of the car. Auto-Rx and everything, just can’t get more for some reason.

So about three weeks ago i’ve opened up my airbox to check the filter. Now something was bothering me here, after 12000 miles, the air filter is still surprising clean. It was unusal, because in the environment that I live in, the filter would’ve been naturally much dirtier by now and i know the filter isn’t the dust and crap get through. So after reading some TSBs on airbox thermostat replacement on AllDataDIY.com, I thought:

“If the car’s thermostat failed, that would mean that the airbox has been sucking in hot air from above the exhaust manifold all this time and maybe thats why the filter is not dirty 😛 ”

So I proceeded to take out the airbox thermostat. It was pretty easy, just open it up and at the bottom at where the air enters the box, there is a flat black plastic tab… pull it up and pull out the thermostat. Now you can’t just leave it like that, because when the thermostat is cold it sucks in hot air… so I took a small fuel clamp and shoved it between the spring (that the thermostat would push against) and the where the plastic tab was, acting as a spacer, so that it would push the valve open to the cold air side. I did this so that I can run the car with cold air while I figure out this thermostat.

Well the first thing I did was take the thermostat home and inspect it. I cleaned off the dirt and crap on it and pulled out the center pin. I instantly saw why it failed. All the dirt and dust from the outside air accumulated on this thermostat, got past that seal where the pin goes in and contaminated the wax inside. I also noted that the pin was stuck when I applied hot water to the thermostat to try to simulated it.

Well three weeks later (and 300 miles later)… (today) OMG!! This car in the past three weeks have just amazed me in performance and fuel economy. The car really pulls now on the freeway and just so much more peppy. Today I filled up my tank and calculated everything, my combined MPG climbed 3MPG! I swear it could be more MPG if I didn’t keep having my foot on the pedal (having too much fun with the newfound power).

I opened up the airbox today and the first things i’ve noticed is the airbox itself isn’t as hot as it ‘normally’ was after driving it for a while and the air filter itself was suddenly DIRTY! For some crazy reason, in only 300 miles, my air filter literally doubled it’s dirtiness!

I can’t believe that i’m happy that my air filter is finally dirty! I highly recommend that every N/A 850/S70 check their airbox thermostat, because for me it really made a difference, a very noticable one!